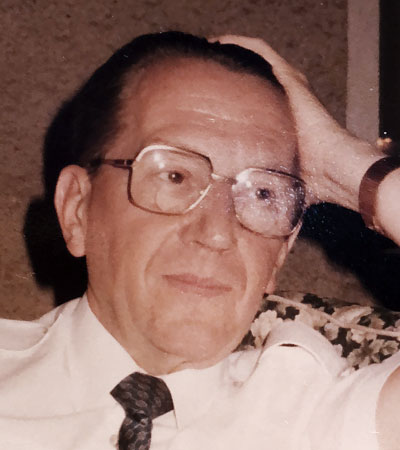 Over a period of almost twenty years (1948–1967), Gerhard Volkheimer rendered outstanding service to gastroenterological research at Berlin’s Humboldt University. Gerhard Volkheimer’s scientific work focused on the small intestine – together with his team, he conducted extensive research on persorption [LINK] at the Faculty of Medicine of the Charité.

In conjunction with his work as a scientist, Volkheimer also practiced as a clinical gastroenterologist at his own practice at Berlin’s Bayerischer Platz. His situation was extremely unusual: Volkheimer conducted his research in East Berlin but yet lived and ran his practice in the West of the city. After he was forced to leave the Charité in 1967 [1]1Volkheimer, Gerhard: Ich war der letzte oder vorletzte West-Berliner an der Charité. In: Stein, Rosemarie: Die Charité: 1945 - 1992; ein Mythos von innen, S. 43 ff. Argon-Verlag, Berlin 1992., he transferred to the Freie Universität Berlin (FU) to which his habilitation was transferred in 1969. However, he was unable to continue his research on the topic of persorption because at the FU he no longer had access to the infrastructure of the Charité in terms of laboratories, equipment, teams of staff and doctoral students.

In addition to his experimental research, Gerhard Volkheimer was consistently active in communicating knowledge and methodology. To serve this end, he not only supervised numerous PhD students at the Charité, but also attracted affection and respect for both his teaching and organizational skills.

In addition to all this work, he was responsible for many developments in functional gastroenterological diagnostics, in rigid and flexible endoscopy and in X-ray diagnostics of the digestive tract. Among his achievements was to acquire an orbiscope for his practice – the most modern X-ray machine available at the time. [2]2Volkheimer, Gerhard: Gastroenterologie für die Praxis. Lehmann, München 1975. (siehe http://d-nb.info/750265477 Gerhard Volkheimer retired from his activities as a gastroenterologist in 1993.

Three medical specialties, practiced in parallel with one another:

2. Research and teaching activities at the First Medical Clinic of the Charité

Management of the laboratories for experimental gastroenterology at the Charité.
His research into persorption was possible only until 1967 due to the political conditions of the time.
[3]3Volkheimer, Gerhard: Ich war der letzte oder vorletzte West-Berliner an der Charité. In: Stein, Rosemarie: Die Charité: 1945 - 1992; ein Mythos von innen, S. 43 ff. Argon-Verlag, Berlin 1992.

Diffusion of his research results among the scientific community through a great many domestic and international specialist congresses as well as at many teaching and training events.

Residential apartment and gastroenterological practice at Bayerischer Platz in West Berlin in addition to his activities at the Charité.

Six years of intensive experimental research on this phenomenon, under the working title “Persorption: Retention of microparticles, particle clearance, particle-induced micro-embolization and alterations in endothelial tissues, drainage behavior of the thoracic duct.”

As part of this work, he completed a number of research assignments at the Humboldt University, supervised many doctoral students and presented the results of the research he had conducted at specialist congresses all over the world.

1962
Habilitation through the submission of a paper on the “Permeability of gut mucosa to large corpuscular elements.”

1969
Transfer of habilitation to the Freie Universität Berlin.

1972
Appointment as supernumerary Professor at the Freie Universität Berlin.
Summary of research results in his monograph on “Persorption”.

He became aware of early work by Herbst (1844) and Rahel Hirsch (1905), [5]5Documentation „Ärztinnen im Kaiserreich“: Entry „Rahel Hirsch“. Institute for the History of Medicine and Ethics in Medicine, Charité – Universitätsmedizin Berlin. https://geschichte.charite.de/aeik/biografie.php?ID=AEIK00127, July 2, 2018.[6]6Ben Zev, Hedvah: Preußens erste Medizinprofessorin. In: Jüdische Miniaturen, Band 24, S. 56/57.. Stiftung Neue Synagoge Berlin – Centrum Judaicum. Berlin 2005., who had found undissolved particles at a scale measured in micrometers in the blood of starch-fed animals that could not be explained by the absorption mechanisms known at the time[7]7 , including diffusion, enzymatic degradation and micropinocytosis.

Through experimentation on animals and on his own body, Volkheimer discovered a mechanism of encapsulation of larger particles, a process he called “persorption“.

The phenomenon of persorption is also relevant to contemporary studies in marine biology and environmental science, including questions related to industrial dusts, plastic waste in the oceans, their retention in human and animal bodies, and the associated effects. Volkheimer’s work is important in the formation of health policy and has probably also made a contribution to safety in industrial workplaces.

What is this thing called persorption?

Persorption is a phenomenon that can be observed in everyday food intake. Process involves the absorption of substantial quantities of large undissolved corpuscular particles in the micrometer range – including pollen grains, starch, cellulose particles, crystals, natural and industrial dust – by the gastrointestinal tract, from where they are “kneaded in” to the alimentary canal’s mucous membranes. [8]8Volkheimer, Gerhard: Passage of Particles through the Wall of the Gastrointestinal Tract. In: Environmental Health Perspectives, Vol. 9, S. 215-225. The National Institute of Environmental Health Sciences, 1974. Available online: https://www.ncbi.nlm.nih.gov/pmc/articles/PMC1475370/pdf/envhper00499-0214.pdf (July 25, 2018)
The process gets through the intestinal barrier by para-epithelially taking up of undissolved micro-particles into the sub-epithelial space, followed by infiltrating such particles into the lymphatic system and the bloodstream.
From there, microparticles pass into organs or organ fluids by means of dissemination and elimination processes, including into lung alveoli, peritoneal fluid, bile, urine, cerebro-spinal fluid, milk (in lactating breasts) and also transplacentally to the fetus.

The long-term deposition of microparticles as embolates is commonly discussed today in terms of their allergenic, toxicological and carcinogenic potential.

In 1905, building on the work of Gustav Herbst (1844), Rahel Hirsch found undissolved particles in the micrometer range in the blood and urine of starch-fed animals. Their absorption by the body could not be explained by absorption mechanisms already known at the time, including diffusion, enzymatic degradation and micropinocytosis. Following along in this research, Volkheimer demonstrated the mechanism by which these large corpuscular particles were absorbed into the bloodstream, naming the process “persorption”. [10]10Volkheimer, Gerhard: Durchlässigkeit der Darmschleimhaut für großkorpuskuläre Elemente. Berlin, Humboldt-Universität, Med. Fak., Habil.schr. v. 31. Jan. 1962. Siehe http://d-nb.info/481107614

Volkheimer designated the effect of the body’s resorption of starches as the “Hirsch Effect”. Through this recognition of her achievement, Volkheimer was to ensure that Rahel Hirsch would be posthumously included in the “Gallery of famous Jewish Scientists” in Jerusalem.